GOOD NEWS: Packaging looks stellar, the menus are super cute, the limited edition booklet is out of this world, and... you know, it's motherfucking Serial Experiments Lain.


BAD NEWS: ...y'know what? I'm not even going to discuss this. I've spent all day wanting to punch faces into steaming craters, so I'm going to let the only person capable of topping my own rage handle it; take it away, Mrs. Kentai!


Yo! Little Lady Kentai here, to talk about how pissed I am at FUNimation for their sacrilege to the absolute classic anime title that is Serial Experiments Lain.

Lain is a show that I was immediately attached to. Cute main character? Check. Obsession with computers that rivals my own? Check. Interesting story line? Check. This is one show that I've never heard anyone say a bad word about. The only show, in fact. I'm sure there are people who dislike it, but it's been one of the only shows where everyone seems to find one thing they enjoy about it.

When I heard FUNimation was handling the blu-ray release, my first thoughts were, "YES! FUNimation has the money to back this shit up! I look forward to this interesting, beautiful, perfect reproduction of the Japanese blu-ray set." Bright eyed and bushy tailed, I waited in suspense, credit card already earmarked and pre-order immediately sent into RightStuf.com. 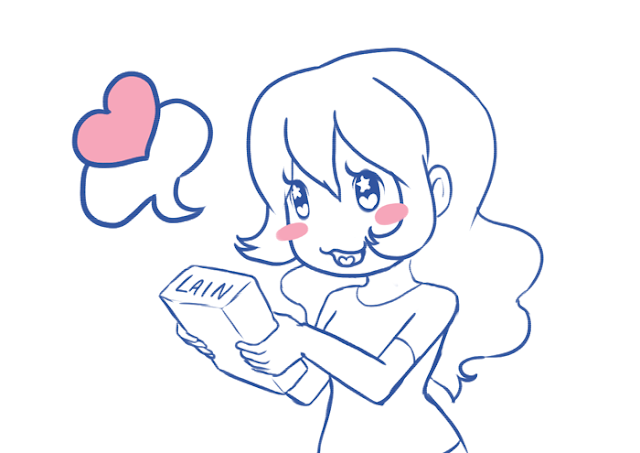 When the set arrived, a whole weekend earlier than expected, we immediately cracked it open and shoved it into our reliable ol' PS3. Watching the first episode, my heart started to sink. Surely.... surely the Japanese disc didn't look like... this...

The banding. DEAR GOD, THE BANDING. It was eating away at Lain! Her hair was dancing with the tiny shifting blocks caused by compression, or gamma adjusting, or I don't fucking know or care, WHAT THE FUCK DID THEY DO TO LAIN?!?!!

I am not being sarcastic whenever I say that it looks like an xvid file from the early eras of anime downloading. I mean, not RealVideo bad, but pre-H264. I honestly think that the actual H264 files of the Japanese blu-ray, compressed to hell as I'm sure they are, probably have less banding and look better than this disc. 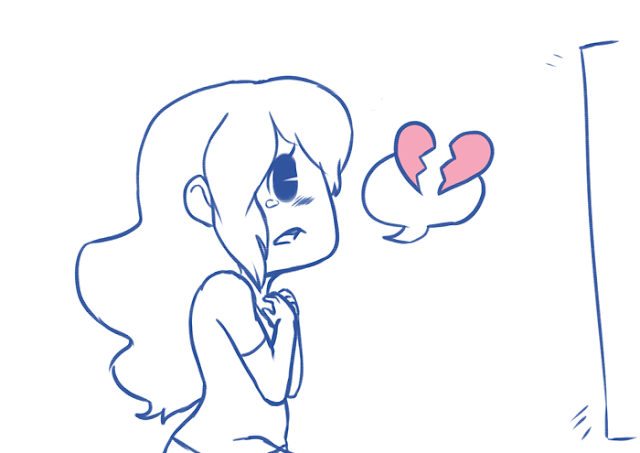 I'm sorry, FUNimation, but how did you do this? This should have been a very simple "take Japanese blu-ray, put FUNi logo on it, sell" sort of disc. Why did you adjust the brightness (or gamma? Like I said, I don't know or care, because it shouldn't have been a thing) and do whatever you did. How did it actually get to the point where this disc was replicated with such a terrible transfer? Didn't someone, at some stage prior to shipping the ugly fuckers, actually watch it? Y' know, to make sure it doesn't look like total fucking shit? If this were my business, I would have.

If they did, I imagine that somehow they managed to skip to the only light colored scenes in the whole show. The issues are pretty much non-existant there, but I'd say that the show is 5% light colored scenes, 95% dark, banding, creepy-crawling blocky hell.

They better do a trade in at some point.

And for those of you who aren't used to taking the angred word of a femgeek over good old-fashioned Blu-ray grabs, well, JP release will be on top...

So... I basically paid $50 for a nice booklet and a chipboard box.


Just so we have some perspective on this: A goddamn SD upscale of Sora no Otoshimono: Heaven's Lost Property gets a pair of BD50s. A truly seminal work of progressive fine art focused on a deconstruction of man's eternal relationship with machine... doesn't. Lovely. I understand that there's economic realities in pressing a second dual-layer disc. So charge me more. It's fucking Serial Experiments Lain! It could have been another twenty bucks and I don't think anyone would have batted an eye.

If you want to see more of Lady Kentai's musings, reviews and super happy stuff, you can check out Judge Me Not.
at 11:06 PM

That's pretty bad. JP disc doesn't look to be anything to write home about, but all sorts of problems being introduced to the US disc is bad, bad, bad. I've never seen the show so I'm not sure how upset I should be, but by principle that irks me.

The HD restoration of LAIN was quite an overhaul, in no small part due to the large number of scenes that were rendered to, and edited on, NTSC video circa 1998. The SD footage has in some cases been re-created completely (such as all the title cards), while in others it was upscaled and warp-sharpened to better blend in with the "traditional" cell animation.

With this in mind, DVNR and a blooming "haze" filter (slightly reminiscent of GITS 2.0, for better or worse) have been used to balance out, on a scene-by-scene basis. Truth be told, a lot of the footage on the JP release is grainy and quite film-like... but it's the scenes that were hazed into a soft gauzy haze like this that suffer the most on FUNimation's end. FUNi's done a shit job of rendering the grain, too, but that's really a minor fart in comparison to the color bands that pulse and twitch like they're dying chroma snakes...

In short, LAIN was going to look problematic no matter what they did with it. The creators decided to step up the restoration and tweak the visuals for the 21st century, and while I can appreciate why some people just don't like it I think they did a responsible enough job of it to justify the new look.


And yes, you should absolutely see the show if you have any interest in A) smart, beautifully rendered, and legitimately genre changing animation, or B) cyberpunk science fiction in general. At its core its a thriller obsessed with the notion that "The Wired" is going to distort, and perhaps even co-opt the relevance of the physical world, and in the world of social networking and google at everyone's fingertips it might actually be more relevant in 2012 than it was when it was initially broadcast in the late 90s.

Well shit. Mine hasn't even made it's way across the Atlantic to me yet, and I'm already wondering whether it's worth the price of shipping to send it back on principle.

Seriously, banding and mucking up the levels? On something that was already mastered nicely and ready to just slap on some subs, shove in another audio track and re-stamp? How did they even manage to do that?

The Japanese Blu-Ray remaster (titled Lain|RESTORE) has the English audio tracks included on it. Instead of DVDs it comes with the 2 OST CD's. I have it. Love it. Honestly I can see how some people are frustrated with the Funi release but by comparison the Japanese set runs from 300-700$ USD nowadays and Funis set while it has some issues for the price honestly isn't that bad for such a significant step up from the DVD's. That said, I think if everyone makes a big enough stink about it to Funi they will do something about it (remember that god awful first attempt at an HD remaster for Samurai Champloo? And the uproar by the fans made them go back and redo it properly though I don't know if they offered trade ins to those who purchased the first remaster?) Everyone needs to write an email to Funimation regarding this and I'm sure they will adress the issue.

The show goes for 325 minutes, the banding issue takes up no more than 15 minutes. No, you didn't get just a cardboard box and booklet, you also got an OK transfer.