Region of the Rebellion! 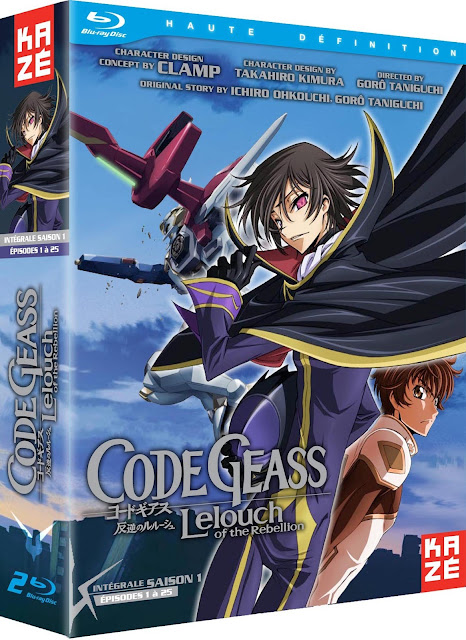 All 50 TV episodes of CODE GEASS: LELOUCH OF THE REBELLION/コードギアス 反逆のルルーシュ are getting a Blu-ray release in the UK via French-based licensor Kaze, with the first season coming out in January, and the second season (CODE GEASS: LELOUCH OF THE REBELLION R2) getting its release in March. MSRP is a mere £40, that's about $65 in Mighty Joe American Dollars, but pre-orders are already discounted to less than $45 - and that's shipped! I have zero doubt that the set will be locked to REGION B, but considering how vast the array of appealing European releases are these days coupled with the dirt cheapness of an entry level "hackable" player, it's certainly an option some CLAMP and/or sexy mech action loving Yanks might want to seriously consider.

There are two things I'm moderately concerned about, though. The first is the fact that the Beez DVD release of Code Geass R2 episode 10 was cut per BBFC guidelines. The short version is they were worried one teenager molesting another teenager in front of a third teenager who's shorter and less shapely than the others in the room would somehow convince adults to molest children, presumably by using a one second joke in a 22 minute episode on "pause" to convince Little Jenny that it's totally okay to be naked while I squeeze some older chick's bazongas. Because we've all been there, am I right ladies? 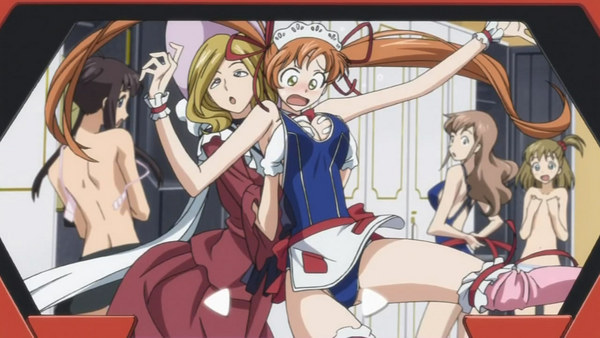 Can't you feel your pederast soul bursting into flames?

For the record: All of these characters are in high school. All of them. Yet somehow the British Board of Film Cuntery thinks this one second long joke will somehow lead to children being raped. No, I don't fucking get it either. That said, it's literally one second of footage, and as much as the thought of material - particularly material this benign - being removed makes me want to punch some sense into whoever made the call... well, that's nothing compared to the cuts imposed on Paranoia Agent.

It's also worth noting that "Kaze UK" is actually a French studio that happens to be looping in the United Kingdom for a select number of its own releases with translated packaging, and so it's not impossible that they'd slip the uncut episode in by "mistake", and merely deal with the stern brow-beating from the local censors for a while before quietly replacing it without much fanfare - in other words, definitely pre-order if you're a gambling man. Alternately they could seamless branch the shit out of this scene, allowing French consumers the full scene and skipping a 1-second long chapter when using English menus. Oh, the possibilities!

The other thing that gives me pause is the fact that each set will reportedly contain two discs. At 25 episodes spread over 100 gigs, we're talking average bitrates of around 15-17 Mb/s, tops. Not sure if this is a sign to stay away or a personal challenge to whomever is in charge of compressing the materials, but it's enough to make me grit my teeth and fear the worst regardless.

Still, if this is my only sane English-friendly option, I think I might just take it. Everyone else is free to wait and see if the smoldering remains of Bandai Entertainment are dispersed to what's left of the American market, but if Code Geass does get a re-release state side, I have trouble believing it'll be any time soon.