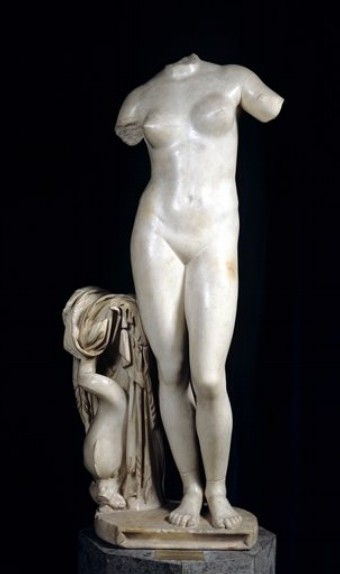 This, friends, is the Venus of Cyrene. It's over two thousands years old, and while perhaps not as famous as its not quite so headless cousin, the Venus de Milo, it remains an iconic, haunting relic of mankind's fascination, obsession, and boundless appreciation for the youthful, fertile, female form. 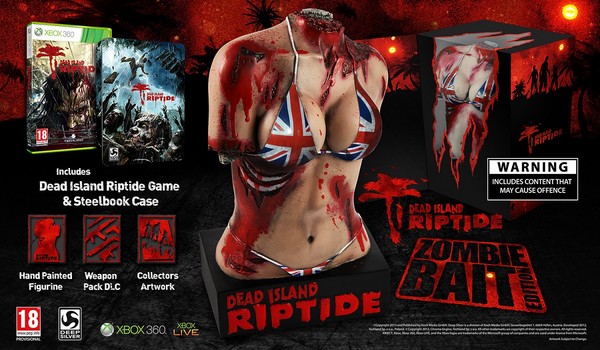 This is... not a statue of Venus. It's the "Zombie Bait Edition" of the DEAD ISLAND: RIPTIDE due April 23rd, and yes, the first sequel to a game I had more than a bit of fun (and a pound of intense frustration) with. But still, the inspiration seems pretty goddamn evident, doesn't it?

Most surprising of all is that the hand painted, solid resin torso - complete with (as of yet unannounced) individualized bikini themes for different areas of the world - was met with... wait for it... controversy. First you get the hate mail from people calling it trash. Then Deep Silver's own apology, which reads like this:


We deeply apologize for any offense caused by the Dead Island Riptide "Zombie Bait Edition," the collector's edition announced for Europe and Australia. Like many gaming companies, Deep Silver has many offices in different countries, which is why sometimes different versions of Collector's Editions come into being for North America, Europe, Australia, and Asia.

For the limited run of the Zombie Bait Edition for Europe and Australia, a decision was made to include a gruesome statue of a zombie torso, which was cut up like many of our fans had done to the undead enemies in the original Dead Island.

We sincerely regret this choice. We are collecting feedback continuously from the Dead Island community, as well as the international gaming community at large, for ongoing internal meetings with Deep Silver's entire international team today. For now, we want to reiterate to the community, fans and industry how deeply sorry we are, and that we are committed to making sure this will never happen again.

Perhaps you've not noticed yet, but y'know what that sincere, heartfelt apology was missing? A CANCELLATION. In other words, they're sorry all the way to the bank, and if you don't like the grotesque jacked-up lady torso... well, fuck you. It's not like it's going to come with the regular edition of the game anyway, and considering the collector's edition for the first game came with a thoroughly gore-soaked beach towel, I'd say this is kicking it up to the next logical level.

Another thing that I'm surprised a lot of people seemingly haven't picked up on is the fact that the Union Jack Edition is going to Australia. The land down under, home of Paul Hogan and the late, great Croc Hunter. Y'know, the country that, as of this week, FINALLY ALLOWED ADULTS TO PLAY AN 18+ RATED VIDEO GAME. This was a calculated assault on good taste in the name of extravagant, corporate trolling - what else would it be? It's a foot tall hunk of gore that literally serves no useful purpose!

That said, while I'll totally cop to it being trash, I'm less convinced that it's overtly misogynistic trash. Yes, the perfect pair of presumably jiggly D-cups on an otherwise gnawed on torso of exposed meat and bone is another layer of sexually charged offense, but is it literally celebrating the destruction of the female form? And does that alone denote an obsession or thread of violence towards women? The last year or so has been packed to the gills with talk of sexism in geek culture and especially in relation to vidjah games, what with the whole Anita Sarkeesian shit storm (which I really should talk about at some point), and naturally, that's the first thing that pops up when they had the balls to put a pair of tits on anything that might piss people off.

Is the bust offensive? Duh, just look at the goddamn thing. But is it literally misogynist? I tend to think not, or at the very least, not intentionally. For one thing, I have trouble believing that any sculptor, any artist - commercial or otherwise - isn't at least passingly familiar with the history of his or her chosen medium, and as such I really do think that they based this item on the statue we've got up at the very top of the page. I also think that the presence of a bikini gave them an easy way to create obvious, distinct versions for different areas of the world. The even more obvious reaction I have to it is that had this been a male torso, Deep Silver would be trying to fend off an overwhelming number of people talking about how gay it was, and with the primary audience for most extreme violence themed merchandise being middle class males in their teens and twenties, I can see why offending the squares and ladies seemed like a better idea for this particular product concept. Most 20 year olds with an Xbox Live account probably don't know what the word "misogynistic" means, but you bet your ass they'd turn their backs on an overpriced lump of plastic if the community could just as easily have called this the Queer Bait Edition. 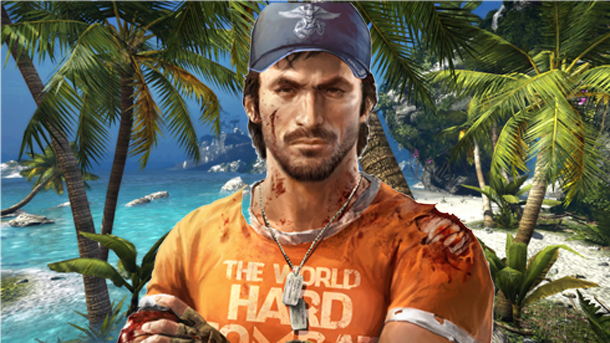 Oh yeah, and it turns out the game designers liked that Hokuto no Ken themed Dead Island mod I posted a video of in '11 that they basically invented a new character just so you could punch zombies back to death. And best of all, his name is John Morgen, which should pretty well silence any lingering doubt that these guys just fuckin' love Fulci movies.

UPDATE (1/20): Deep Silver have apparently confirmed that while the Zombie Bait Edition will still come out in Europe, if nowhere else, us Yanks who are all terrified of lady parts will only be getting the substantially less icky Rigor Mortis Edition, which comes with a zombie hula girl, replica room key, zombie hand bottle opener and the whole thing comes packaged in a suitcase-themed lunchbox.

So... there you have it. The fan community bitched just hard enough to prevent Americans from getting anything obscene, but not the Aussies and the Brits. How fucking weird is that?
at 12:18 AM