The Protomen Strike Back 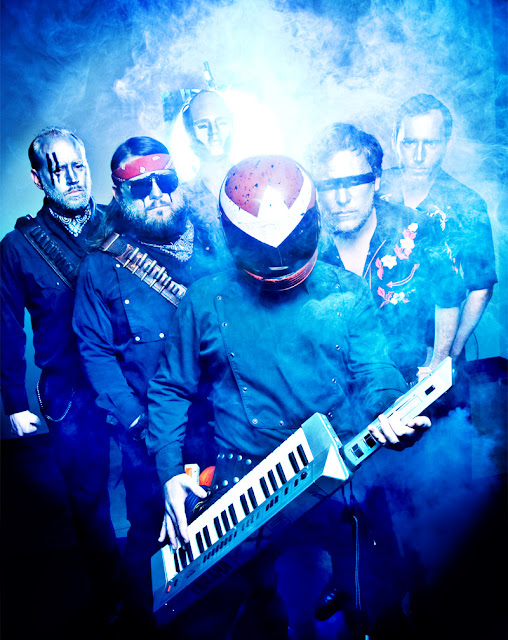 An operatic self-titled nerdcore album that paints the original Capcom MEGA-MAN game as a techno fueled epic tragedy, pitting brother against brother in a selfish dystopia that treasures martyrs over heroes, simultaneously worshiping and shamelessly perverting what could be the very avatar of my Nintendo-saturated youth? And they've already made A FULL BLOWN SEQUEL?!

...yes. This is exactly what I need in my life right now. I just had no idea until I knew it existed. 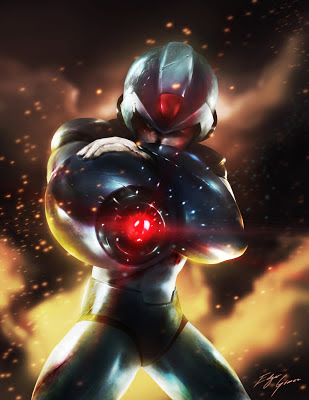 
And then they did a whole ALBUM OF QUEEN COVERS? That don't completely suck? Y'know what, you guys are all right by me.

If you agree and get sick of listening to music via streaming, you can always purchase CDs (and other crap, naturally) direct from the band, for a paltry $10 a piece. You can purchase MP3/FLAC downloads, too, but... why? Why do people buy download music when the CD is basically the same price? But whatever, my mission is to spread love, not judge.

Join me next time when I judge the hell out of something to make up for this uncharacteristically positive post.
at 6:03 PM

I understand buying download-only when the difference between the prices is wide (gotten a few Japanese video game soundtracks on iTunes for cheap), but when the price is essentially the same...yeah, I just don't understand.

What tickles me is finding a CD on Amazon Marketplace for cheaper than the download version. No thanks, download. Sure, I don't support anybody but the poor schlub selling me the disc, but I buy enough new to feel OK with that.

Upcoming album by How to Destroy Angels:

Oh wait, ELEVEN dollars for the download of the HTDA album. Uh, OK. Pay a buck less, get a physical product.

On the one hand I understand the appeal of buying a single song as an impulse purchase, particularly if you only think one or two of them are actually worth having. But buying the whole album for roughly the same price as the CD just... I don't get that at all.

My credit cards were in all sorts of disarray earlier in the week, but having gotten it all sorted out I ordered CD copies of both "The Protomen" (Act 1) and "The Father of Death" (Act 2). For those who liked what they heard, a physical release should be abso-fucking-lutely mandatory since so damn much of the narrative for these albums is presented as text-narration taking place during instrumental pieces.

For the record: This means I have spent over 25 actual dollars on Rock Opera Nintendo fan fiction, and I find myself eagerly anticipating a final chapter that may not materialize for several years... if it ever does. I find myself having both very strong, and very mixed feelings about that.

Immediately Treat the disease you are suffering, before it gets worse