Yes. There's a plane eating whale made of flying fire and a Pokemon Pegacorn in the first trailer. No, I don't know if Kojima's just fucking with us at this point. And yes, Big Boss clearly has a horn sticking out of his head in the last shot. Because why wouldn't he?

Why? because Hideo KOJIMA is an unstoppable force, and he's made so much money in this industry that he can literally do whatever the fuck he thinks is cool, even if it's batshit crazy and makes no sense to anyone, ever. Let's face it, at this point the only guy making games in Japan who even might be crazier than him is Suda 51 - I stress "might" though, since they're crazy in totally opposite directions. It'd be like comparing David Lynch to Alejandro Jodorowsky; you probably could, but what on earth would you get out of it?


Truth time: I never had the appropriate system when the original Solid trilogy came out, and I've had my eye on that "HD Remastered Collection" for over a year now*, but actually playing Metal Gear Solid 4: Guns of the Patriots without a particularly solid understanding of the mythos Hideo KOJIMA's been building for the previous decade would be sort of like... okay, imagine somebody made up a mix tape using the best scenes from Apocalypse Now, Robocop, The General's Daughter, The Empire Strikes Back, Ong-Bak and Independance Day. Now imagine all of these movies star the same actors and that their dialog was re-written to form one cohesive continuity... but the scenes basically play out exactly the same way. That's how goddamn bewildering and incomprehensible MGS4 is without the previous 3 games (plus spin-offs) to fill in the gaps. They try to explain it, but Hideo Kojima's such a convoluted storyteller I doubt it made any more sense in the previous trilogy anyway. But like I said, tempting HD remake collection hovering around $35, probably just a matter of time before I find out first hand...

* In my defense, that sucker came out right around the same damn time I was packing up to move cross-country. Playing 50 hours of nihilistic military fantasy punctuated with bipolar mood swings into zany comedy was, for better or worse, as far from the fore of my thoughts as possible.

And yet, despite MGS4 being the single strangest 12 hours of my life, it was kind of awesome. The game can't decide if it wants to be an action movie or a soap opera or a stealth kill game, so it plays it like all three. It expounds dead serious, po-faced commentary on war in the 21st century one minute and then reveals latex-clad cyborg women who pilot tanks with their brains not five minutes later. It even breaks the fourth wall, forcing you to find a maniac who "changes the TV input" on your own fucking TV! I've never fully been able to tell if Kojima realized how absurd that combination is, but it's so abbrasively different from anything else out there I find myself unable to look away. Even that 5 hour trifle of an action game, Revengeance, looks pretty goddamn fun... maybe not $60 worth of it, but it looks amusing *enough* that I'm keeping an eye out for a fair price drop regardless.

"METAL GEAR SOLID V" - not "5", but the letter 'V' - will apparently be two separate games forming a single, potentially cohesive storyline. Details are heavily guarded at this point, but its' been confirmed that Ground Zeroes takes place in 1974, picking up sometime shortly after the two PSP spin-off games, and The Phantom Pain (above) will presumably take place nine years later, still a decade and a half before the events of the first MGS. So, yes, holding aside all the spinoff games the storyline goes 3-5-1-2-4, plus additional "canon" games that take place between 3 and 5 (Mobile Ops/Peace Walker), and after 4 (Revengeance). Welcome to my world.

This all does beg the question: Where the hell is TWIN SNAKES, the revamped Gamecube remake of the original MGS? The main reason I didn't pick up the HD collection when it was new was the total lack of the first game, which is (if I'm not mistaken) only available in its classic flavor as a PSN title. Twin Snakes used the game engine from the sequels, re-recorded the English voices to be more in tune with the original Japanese dialog, and even got Ryuhei KITAMURA (yes, the goddamn director of Versus!) to direct the new cut scenes. While it has some issues of its own, frankly, THAT'S the version I want to see remade in 720p at 60fps... and yet the only way to play it would be to purchase a used copy for more than the rest of the franchise put together and then emulate it on the ol' Wii.  Go figure.

Methinks it's time to buy the HD collection and worry about the first game in one capacity or the other. Sad as this is to say, I only know who Big Boss is because The Wiki Knows All, and that just doesn't seem right... time to educate myself on the wild world of non-existant politics, which - unlike the real world of politics - at least occasionally break away from the stuffy pontification to give you a bitchin' map where you can snipe dudes with tranquilizer darts from a cardboard box. I'm just saying if I had to stuff an NPC into a locker to cast a vote for Congress and then hide in a cardboard box to avoid detection for the next few minutes, maybe, maybe I'd pay more attention to CNN. 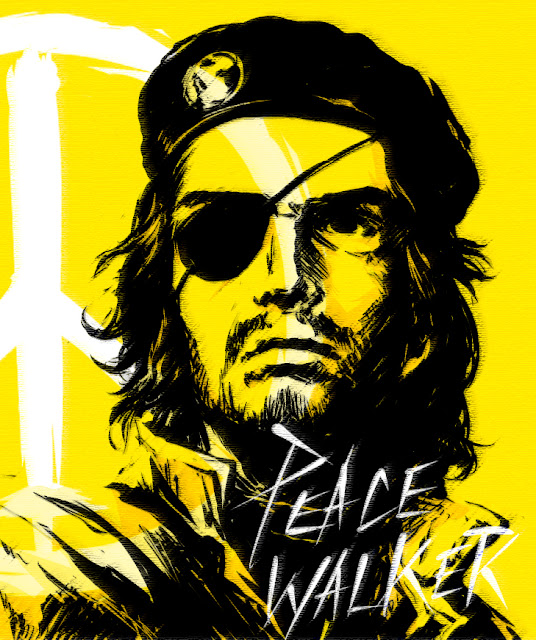 Twin Snakes is cool with its enhanced graphics and Kitamura cutscenes, but honestly I like the original much more. The GameCube game was just a little too...goofy at times with its cutscenes.

I can only express a word of thanks, nothing else. Because with the content on this blog I can add knowledge Thank you very much has been sharing this information. Do not forget to visit our website to share information and knowledge about health.
pusat herbal QnC Jelly gamat
khasiat QnC Jelly gamat
Cara Memesan Herbal QnC Jelly Gamat
Obat Luka Bakar Alami
Obat Batu ginjal Alami
Obat Herbal Jelly Gamat QnC
distributor herbal terpercaya

I can only express a word of thanks, nothing else. Because with the content on this blog I can add knowledge Thank you very much has been sharing this information. Do not forget to visit our website to share information and knowledge about health.
Cara Mencegah Penyakit Difteri
obat Gondongan Anak
obat rorombehen paling manjur