Kaze is a Bunch of Creeps! 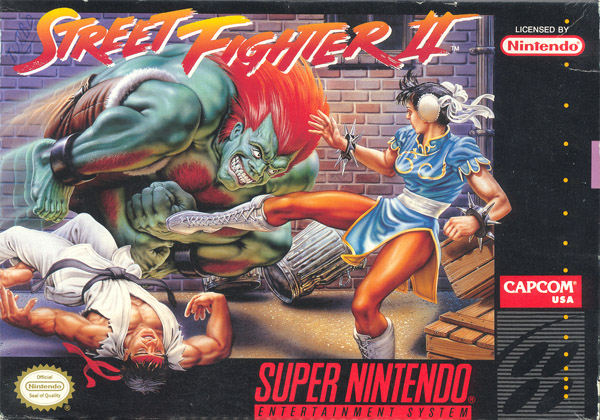 A brief, frustrating update in reference to my prior moderately-positive review of STREET FIGHTER II: THE ANIMATED MOVIE: The English dub appears to be the heavily censored PG-13 version which removes all of the swearing entirely. This is opposed to the only slightly-censored "Unrated" version, or the completely "Uncut" version.

[UPDATE:] The Manga Entertainment R1 DVD includes the "Uncut" version on the stereo track, and the "Unrated" version on the 5.1 mix. The only difference between the two - as far as I know, and I am so not the guy to ask about the English version of this particular film - are two lines involving the word 'fuck'.

The PG-13 audio evidently removes all swearing, and hasn't been seen by anyone since the late 90s, which  with massive edits for violence and nudity on top of all the sailor talk. This also means the Kaze Blu-ray is the first time the "Unedited Version" has ever had the PG-13 dub included on it, which is... interesting, to say the least. For those masochistically curious what non-language differences there are between the PG-13 and Unrated prints of this film can check out exhaustive comparisons HERE.

If I'm not mistaken I could probably sync the 'Uncut' dub to the new Kaze Blu-ray, but the Manga release - as you can see HERE - has several relatively minor cuts to the original unedited Japanese prints, which this Blu-ray is based on. This makes syncing it slightly more complicated than usual, but I'd be lying if I said I hadn't fixed so much worse... of course, that was done with the promise of a paycheck on the other end, not because I'm interested in spiting the language track I had no interest in until someone mentioned it was fucked up.

The Madman AU DVD is uncut as well, and synced to a Japanese print... but it's also been sped up to progressive PAL, which means the pitch could be all sorts of wonky when I shift it back. Now that I know the Manga track is uncut, I'm wondering if the best course of action would be to watch both cuts of the dub, figure out what's missing and replace specific lines of dialog... but then, of course, the question becomes just how seamless those audio edits would be.

Geez, who thought the Manga UK dub for Street Fighter would ever be this complicated?

Thanks to Kriztoffer Swank and Sky_Captain for clarifying this infuriating issue for all fans of the English dub. I'm not one of 'em, but I sympathize with your rage all the same.
at 2:46 AM

The 2.0 mix on Manga's DVD actually contains the uncensored audio far as I know. Guile drops the F-bomb in his famous threat to M. Bison. I'll have to watch my DVD again to see if Deejay's use of the word is intact.

Thing is, I'm not terribly familiar with the uncut audio so I don't even think I was aware of any profanity until Sky_Captain mentioned it. I'm thinking the red-boxed "unrated" VHS may not have contained the harsher swear words, because at the age of 9 I think my eyes would have bugged out at the use of the word in a Street Fighter anime. I remember at that age thinking that Ken calling Bison a "dickhead" was pretty damn edgy, and Honda and Balrog yelling "SHIIIIIIIIIIIT!" as they roll off the cliff got an "lol AWESOME" reaction from me the first time. I think I would have been bouncing off the walls if I heard the even harsher fuck word.

It seems this movie is cursed to never have a fully-uncut home video release. Here I thought this Blu-ray would be the most perfect release ever.

I sent an email to Kaze and Manga UK on the matter. Also sent one to Manga USA and Anchor Bay's anime division asking for a possibility of a US release with corrected audio. I suppose anything's possible... What are the chances of Kaze owning up to their mistake and redoing the audio? Slim to none, I suppose...

Sure enough, the original unrated US release omitted the F-bombs. No wonder I never thought anything was amiss when I watched the defaulted 5.1 track on the DVD. So it would seem to break down like this:

The dialog differences between unrated and uncensored, so far as I know:

And the PG-13 edit muddies the waters more by changing "filthy bastard" to "creep." I wonder what other kind of dialog changes were made.

Fucking bizarre, man. This movie can never catch a break. If you have the Manga USA DVD and wouldn't mind syncing the 2.0 audio (or a better source) to the Blu-ray, that'd be tits.

Please fix the link on the comparison.

Anon: Whoops! Should be fixed now, sorry 'bout that.

Movie-Censorship.com is (basically) the translated version of Schnittberichte.com, a German language website focusing on various forms of censorship, primarily (but not exclusively) from a European interest. They're both pretty cool, and while I appreciate having hundreds of translated edit reports, there's a lot of comparisons that are still only available in German.

Kriztoffer: Huh! The Manga 2.0 mix *DOES* have the F-bombs in there? Even Wikipedia is all sorts of confused on that, but with Manga having included two completely different edits of the same language track is so goddamn unusual that I don't blame anyone for not noticing to begin with.

I have the Manga DVD, but the English track is for the slightly edited "Unrated" cut, while the Madman 5.1 track is supposedly the "Uncut" Japanese version. Maybe I could splice the missing dialog back on top of the (probably higher fidelity) English track on the Blu-ray? I'll have to see how dramatic the differences are and decide where to go from there.

I'm not sure what the differences are on the English side of the DVD. I presumed it was pretty much the same cut, even reinserting Chun-Li's boobs—except at the wrong place. Perhaps I oughta be clicking that little ol' link above to read up on all the differences.

By the way, for the hell of it I decided to check out the version of the movie included on the PS2 Street Fighter Anniversary Collection. It must contain the PG-13 cut (and looking very old school analog video with pan and scan) because Guile says "filthy creep." I can't jump around and check too much because there's no fast forward or rewind option, only chapter skips. So I guess that's technically one other digital release of the PG-13 audio, heh.

Dee Jay doesn't even say "Dey are some badass mothers!" in this version, instead, referring to Shadowlaw as 'nasty pieces of work'.

The other edit that sticks out, is Vega,(aka Balrog), calling Chun-Li a witch, as opposed to a bitch.