Oh wow, cool! What is that, a sequel to VANQUISH? That game was cool as shit! Oh man, I can't wait to play-- 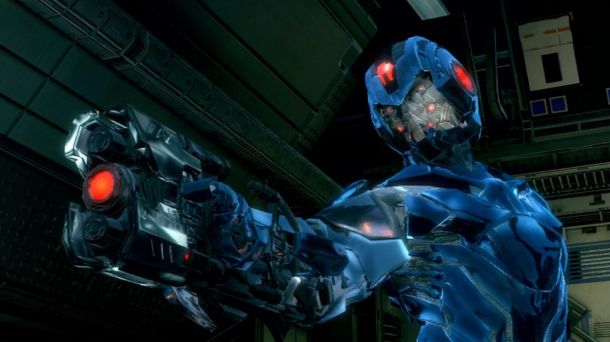 ...holy crap, this was going to be the Frank Miller styled grim 'n' gritty reboot to Mother Fucking MEGA MAN X .  They produced a number of test renders and gameplay demos back in 2010 with Armature Studios (a studio largely composed of developers who worked on the Metroid Prime series), but Capcom pulled the plug before it ever went public, which is normal for Capcom. For some reason they hate using their ticket to print free money by putting anything with Mega Man on the box that isn't A) a cute retro rehash of the 25 year old games that introduced him, or B) a bad joke using the American box art. And yes, Kenji INAFUNE was totally on board with giving adults who had grown up on his most famous creation a darker, more contemporary take on the franchise - it's not that surprising, when you factor in that he created Zero because he had grown bored of the little blue dude that had been in all the previous games, and only made Zero the supporting character because Capcom wasn't convinced franchise loyals would take to an entirely new hero.

The Mega Man FPS - which was code named "Maverick Hunter" -  was at least aesthetically distinct from the usual parade of military shooters that we've seen from the last decade. It also had a narrative trick up its sleeve that, had I gotten over the initial shock or Mega Man having somehow become a first person murder simulator, I would have eaten up with a goddamn spoon: The first game centers around X finding himself living in a brutal dystopian society only he can save, and the second game would have shown X becoming infuriated and disenfranchised with the world around him, seeking ultimate strength and intelligence in a bid to destroy everything that stood in his way. The final chapter of the trilogy would have been played from Zero's perspective, forcing X's mentor to turn on his own fellow machine for the sake of mankind. 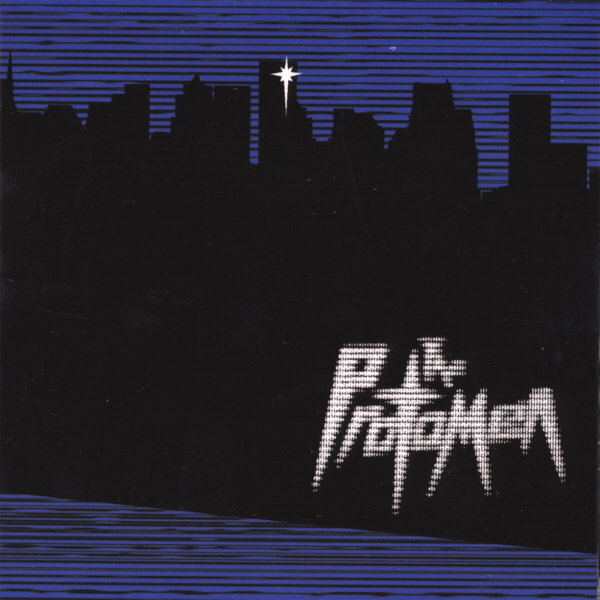 In other words, it was basically this but in shooter form.

Would the games have been any good, though? Nobody can really say; the development never got far enough along for anyone to make a proper judgment either way. Darker reboots of Capcom's Devil May Cry was highly regarded by critics (though it sold less than any previous iteration of Dante's adventures), and Square-Enix's Tomb Raider was both a top tier seller and a critical darling, though reboots of Hudson's Bomber Man and Capcom's own Bionic Commando were commercial failures with, at best, mixed reviews. So maybe it would have been awesome, and maybe it would have been just as terrible as the phrase "Grim 'N' Gritty FPS Mega Man X Reboot" sounded the moment it popped into my head. Like I said, Capcom hates releasing anything Mega Man related for reasons I don't really understand (perhaps it's just to spite Inafune these days), so this sits next to Nintendo's proposed Sony designed SNES CD-ROM add on, and Alejandro Jororowsky's proposed film adaptation of Dune in that nebulous part of my brain I can't help but be totally fascinated by what might have been...

And yeah, I'd probably be way more angry at the mere thought of this whole thing having potentially existed right now if the last official appearance of Mega Man in a Capcom game hadn't been this atrocity: 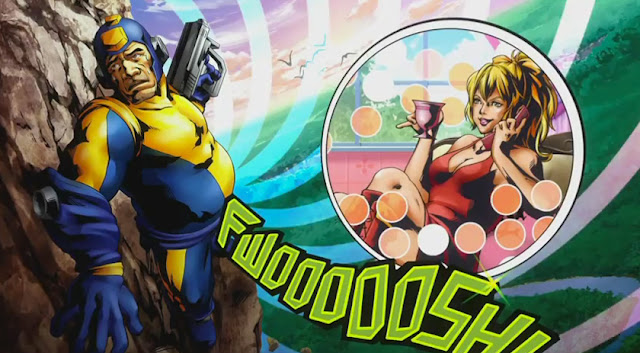 Yes, that's actually the in-game prologue for Street Fighter X Tekken. Inafune was apparently cool with this, too, but Inafune also turned his face into a weapon of Mass Destruction in the Hypderdimension Neptunia franchise, so... Kudos on making Roll hot. Too bad about literally everything else.

And, yes, X and Zero are set to appear in PROJECT X ZONE. I can't decide if an officially licensed Mugen PSP game throwing a handful of Mega's in a giant melting pot of Capcom, Sega and Namco heavy hitters is an improvement to the above atrocity or not... but hey, at least now you can stab Ryu in the dick with the cast of Valkyria Chronicles!
at 10:50 AM