Arise of the Import

Well... this was unexpected.

GHOST IN THE SHELL: ARISE/攻殻機動隊 ARISE , a three part OVA series with the first episode seeing a Japanese DVD/Blu-ray release on July 26th, seems like the sort of spin-off that most people will probably like, yet nobody actually asked for. Major Motoko KUSANAGI is all but legendary in both the anime fandom and even the broader Science Fiction community - a smart, hard-as-nails and sexy of the future who dabbles in brain-hacking to keep a world safe in which the boundary between man and machine has meant anything for several generations. Mamoru OSHII's 1995 internationally co-produced animated film remains a landmark for one-of-a-kind visual splendor and fascinatingly relevant pre-internet introspection about the nature of the all but inevitable digital future, and Kenji KAMIYAMA's 2002 "Stand Alone Complex" TV series - and its 2004 direct sequel, "2nd Gig" - is every bit as good as its predocessor, if in a completely different format and style. GITS's original format, a free-form cyberpunk thriller written and rendered by Masamune SHIROW, is arguably the most cohesive version of the story proper, but it's safe to say that both of the visionaries behind the adaptations took everything positive about Shirow's world and only expanded upon it, focusing more on the questions he himself didn't feel fully comfortable answering and leaving the creator to literally fetishise the technology behind it all.

Oshii's feature length sequel, INNOCENCE, and Kamiyama's "SOLID STATE SOCIETY - a somewhat pretentious arthouse experiment and a feature-length TV movie meant to tie up loose ends, respectively - aren't anywhere near as good as the material that spawned them, but they're certainly interesting enough as works of visual art and social commentary when judged solely on their own merits. Perhaps the less said about the two "Compilation Movies" based on the TV series, the better; I can't say if they're bad or not, never having seen them, but I feel the relevancy of abridged versions of TV shows basically died with VHS, and the fact that these are the only versions of the show currently available on Blu-ray in North America remains a travesty. 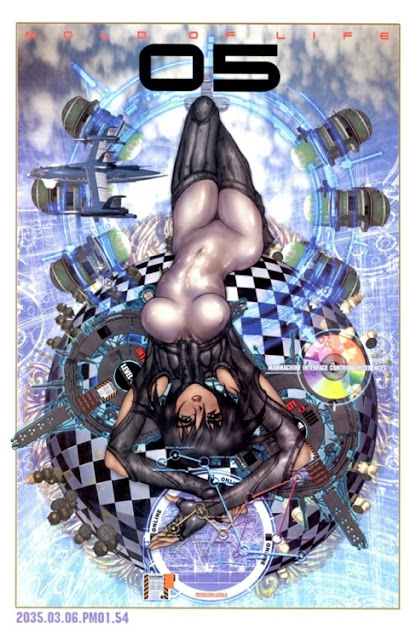 By all counts, the footage released and the talent on display for ARISE looks pretty good. The only question left is... well, who the hell actually wanted a prequel in which we see a green and vulnerable Motoko learning the ropes with Security Section 9? Part of Motoko's appeal was that she was at the top of her game, a merciless and seasoned god on the battle-field with the smarts to back up every decision she made... her only real weakness was her curiosity, a philosophical quandary about the nature of who "she" really was as a human brain encased in a synthetic, immortal body. It's entirely possible that ARISE will be a worthy successor to the name, but it's fascinating that with all the (occasionally) interesting discussion of underwhelming and non-existent female heroes in the geek subculture, we're finally getting one of them literally being disempowered just to continue the series another 150 minutes... then again, our heroine is seemingly far less sexualized here than Shirow's borderline fetish-porn art design ever was, so whether or not this is an improvement from any cohesively feminist point of view is certainly up for further discussion.

Anyway, the real story here is that FUNimation is going to be selling imported Blu-rays for the first time. They've announced an allotment of 2,500 copies of the Limited Edition JP release of the first OVA, which is already English subtitled. The JP release is selling for a list price of 6,800 Yen/$71.70, so it's assumed that FUNi will be selling this import at roughly the same price. They've at least confirmed that, much like the Aniplex of America release of the Rurouni Kenshin OVAs, they'll include the Japanese first-press bonus packaging, which includes an o-sleeve slipcover, 35mm film strip and a [translated] booklet. FUNimation has at least made it explicitly clear that this is going to be released up-front as a collector's item, and a more typical bi-lingual release at (surely) a lower price point will come out later on. 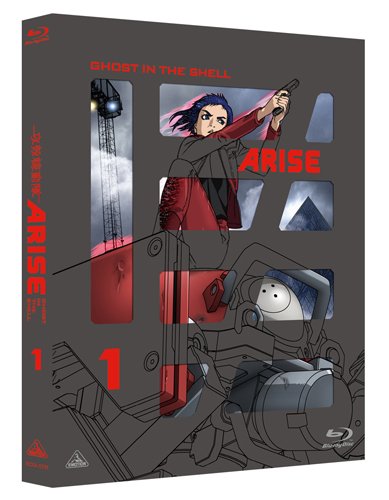 While this is all technically uncharted territory, I seriously doubt this is going to become a regular thing with FUNimation. I wouldn't be surprised if the rights to this franchise are so draped in corporate Red Tape that Aniplex wasn't sure they'd even be able to release the series Stateside without the [unofficially defunct] Manga Entertainment company acting as the middle-man, and I similarly wouldn't be surprised if FUNimation was doing this solely as a way of "proving" to Bandai Visual that the majority of Americans just aren't ready to spend more than $60 on less than an hour of entertainment. I admit I don't have any direct access to who made these decisions or what they thought they meant, but if I had to guess I'd think that Bandai Visual Japan sees this as "Market Research" while FUNimation sees this as "Pleasing Everyone Possible" - both their constitutes in Japan for not cheaping the market with a simultaneous-but-cheaper North American release, as well as the small number of American fans who were willing to drop serious coin on a brand new GITS OVA to have it now, rather than wait a year or two and get it for half the price.

I hate to say it, but I'm going to sit this one out for the time being. I have my doubts that FUNimation's "limit" of 2,500 is going to sell out overnight, and even if it did there would be little to prevent me from importing the non-limited JP release, minus the pack-in goodies. Keep in mind that $70 gets you exactly one episode, which means the full 2.5 hour ARISE experience will cost a little over $200! There's plenty of anime titles I'd at least consider dropping that kind of cash for, but a three part OVA I've never seen, explaining the backstory I never asked for to a franchise I think has already peaked - twice?!

Sorry guys, but I'm happy to sit on the sidelines until FUNimation is ready to release this at a price point that doesn't make my wallet wither and curl up like a cold testicle. That said, I literally just threw $100 at FUNi a couple weeks ago, and fuck knows how much more I'll bleed for at Anime Expo next month. Make no mistake, I'm eager enough to see if this prequel pans out to be any good or not, I'm just not stoked at the idea of spending nearly the price of a goddamn 3DS to do it with.
at 11:32 PM

I will be waiting for a cheaper domestic release as well. There are very few things I am willing to pay a premium price for, especially for something I have never seen. Plus, Japan needs to learn that their pricing on anime is stupid.

While I agree it's batshit crazy, I'm afraid without Japan's utterly asinine pricing scheme, anime as we know and love it simply wouldn't exist. Shows don't make any actual revenue on broadcast, and while character goods are a big draw for many shows, a lot of those figures and bath towels and whatever else wouldn't actually exist without the anime being a thing in the first place.

It's a rock and a hard place. Hell, if I lived in Japan I'd steal everything I watched and buy more toys/art books/OSTs/Pizza Hut tie-ins to balance it out. Or I'd just import US releases... which wouldn't actually work on my hardware.

Have we talked about that? Meh, we're going to have to eventually.