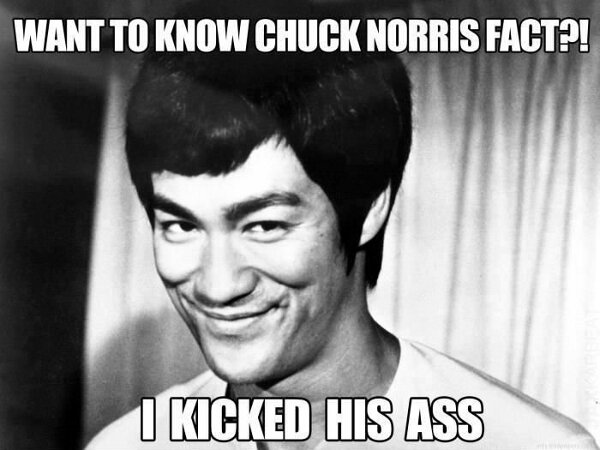 And this is about as official as it's going to get, ladies and gentlemen. To quote Cliff MacMillan (aka "cmac") from the Blu-ray.com forum thread, in full:

From Fortune Star regarding the masters -
Checked with our material department, it is the same HDCAM master we provided to you and our HK video distributor. The HDCAM masters are not up-converted version but were re-mastered version originated from the negatives of the Films several years ago in Canada.

The HK video distributor didn’t spend money to improve the masters but the studio who worked for the blu-ray encoding has fine tune the colour and brightness of the films before the production.
As I have mentioned before, we also spent time color correcting the masters and removing scratches.


Call me a cynic if you like,  but it sounds an awful lot like Cliff just said "These are clearly HD masters because FORTUNE STAR SAID SO, and thus there's nothing to talk about". Never mind the fact that all four reviews on the Blu-ray.com site itself - The Big Boss, Fist of Fury, The Way of the Dragon and Game of Death - all admit that the films included in the set are probably SD upscales, but won't confirm or deny it one way or another because that'd be "impossible" to do. Having been on the other end of that pendulum, I don't blame him; there's nothing more humbling than saying out loud, on the internet, "This looks like X!" only for someone roughly as nerd-rage fueled as yourself to prove it's actually Y. But what I feel totally comfortable saying is that anyone satisfied by the transfer in this set has no business upgrading much of anything on Blu-ray, and while I can accept that Fortune Star is just awful enough to have sent SD materials by mistake, I refuse to believe that anyone at Shout Factory doesn't know they're lying right to our collective face.

So what now? Now, we wait. Shout Factory is either going to realize they've fucked up hard enough that sales have actually been affected by - gasp! - having sold a crappy product, or... well, I shudder to think at the thought of the entire North American market simply throwing their hands up in the air, muttering "I give up already!" and settling for a $120 box set with upscaled content, but I've seen worse things... like Pacific Rim getting bashed in the cock by Adam Sandler at the box office.

Also, for the record... can someone please explain to me what PedroMC69's deal is in that thread? There's a moment where he gets all sulky and says the price on this should drop to peanuts and that it's clear Shout Factory screwed the pooch, but once MacMillan drops the above non-answer he does a 180 and continues defending Shout Factory so goddamn hard you'd think Cliff has his hand up the poor guy's arse...

Wait, what? No, I never said he was a probable sock-puppet account! I mean, cripes, that'd just be absurd. For a guy with "MC" in his screen name to have the real-life name "MacMillan" and blindly support a studio he, evidently, owns exactly 10 BDs from, yet doesn't seem to own any other genre releases from companies like Synapse Films or Arrow Video. Who'd think that was suspicious? (And  honestly, what's worse? Him being a falsified dupe-account, or legitimately having Stockholm Syndrome for a fucking video distributor?)

Whatever the case, Shout Factory's set is officially a hot upscaled mess. I expect more middling reviews to follow, and with most sites doing it to get Amazon kick-backs I expect most of them to sound very similar to Jeffery Kaufman's own, suggesting we weigh the positives for the bonus material before writing off the dreadful transfers off by default. Personally, I've just had it; if I have to buy one release just to rip the audio tracks and add it to another release to get a proper release out of it... well, I'm just not doing that shit anymore. Life's too short to do custom releases of titles that have no excuse not to be competent out of the gate, and frankly, if anyone does do the deed and slap the Shout language options on any other international transfer, I'll happily do the color correction myself and share it with the lot of 'ya.

*Sigh* Okay, I feel better. I'm officially done with this subject, until Cliff either says something amazingly stupid, or they actually fix this completely inexcusable fuck-up. I won't break my neck defending the films themselves - The Big Boss is whatever, at best, and Game of Death is a train wreck of proportions that makes Ed Wood look like a genius - but still, show a little fucking respect!

Tune in tomorrow (or Friday!) when I talk about something awesome instead. Seriously, this may be a wash but barring some major unforeseen atrocity, we've potentially got the Cult Blu-ray Of The Year in the fucking bag.
at 11:37 PM

Yes, it's obviously upscales. Cliff either needs to get new glasses or he's lying.

I'm glad i have my HK BDs which have real 1080p quality. I'm suprised Shout Factory thinks they can get away with this scam. If i got this set for free, i would throw it away.

MacMillan's statements actually meet the requirement for what's considered to be "legally actionable" in a consumer fraud case.

Regarding "PedroMC69" - I don't think he's a sock account.

He's just the type that once he decides he likes/wants something, there's just no changing his mind, no matter how much logic gets thrown his way.

Articles that are very interesting to read, hopefully provide benefits for many people