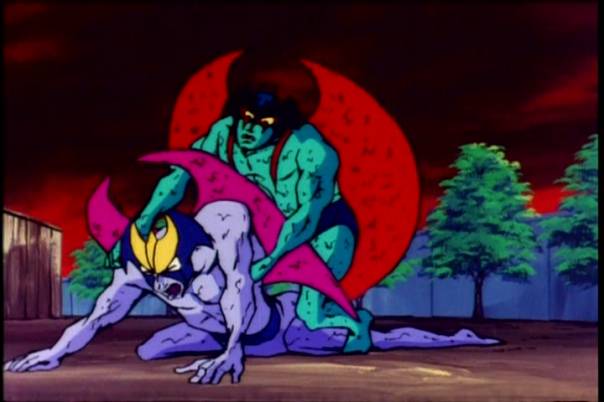 Pictured: The best surprise I've had in ages.

As of yesterday, Discotek announced the 1972 DEVILMAN/デビルマン TV series was joining their DVD line-up alongside the previously announced CUTIE HONEY and MAZINGER Z sets. These titles are easily the three most famous and influential pieces of the Nagaiverse, and I couldn't be happier that the trio are finally due for an as-of-yet pinned down US premier. None of these titles have even been fansubbed past the first few episodes - not last time I bothered to check, at any rate - and with Go Nagai's less than chipper attitude towards how American publishers treated his comics in the early 90s, I wasn't convinced we'd ever see them in English.

Discotek/Eastern Star has spent the last few years slowly and surely become the only studio specializing in vintage R1 anime releases, and the fact that they now own basically all the early 70s Go Nagai anime has me nothing short of thrilled. These guys are absolutely worth throwing money at, so if anything they've ever done looks worth the plunge, GO AND GET IT NOW. Don''t be shy, unlike a lot of block-headed labels Discotek always prices their stuff at their official site to be more or less even to what major retailers are selling it for. They need that extra 50 cents more than Amazon does anyway, and with most other sites ordering from the publisher in batches anyway, why not skip the middle man?


Seriously, go buy their DVDs. For the love of Futanari Satan, if so much as one of those titles gets cancelled I'm opening a rift straight to Hell myself and watching all of humanity burn in the bloody waves of Nagai's Apocalypse. Try me, maggots of the human ra-- *Ahem* So, yeah. Pretty goddamn excited about Devilman TV getting picked up. As always, refer to Animetal USA for all that really needs to be said.

But it's not all Adam West-esque violence over at Discotek! They've made a number of equally surprising announcements, and while some of these I knew were in the works, a couple of them slapped me out of left field just as hard as everyone else: 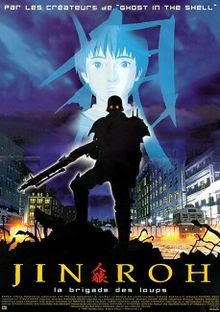 * JIN-ROH: THE WOLF BRIGADE/人狼 is going to get a reasonably priced US release to finally replace the insanely expensive stand-alone US release, which has reportedly been so limited and desired by competitions that it's sold for over $1,000 USD.

The "International" release had a pretty massive window-boxing issue, but otherwise was a top notch effort that looked very similar to the 35mm print I was lucky enough to see several years ago; if this new disc is essentially the same thing at a fraction of the price, nobody will have an excuse not to own this tragic masterpiece. 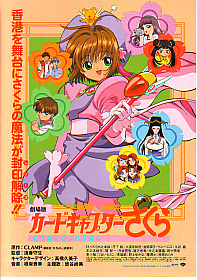 * CARD CAPTOR SAKURA: THE MOVIE/劇場版カードキャプターさくら is an interesting announcement, to say the least. Card Captor Sakura was the show that convinced me that you can find fantastic stories in the most unexpected places, and while the first movie is just one of those stand alone, only semi-canonical side stories that most popular long-running anime TV shows get eventually,  it's cute and exciting enough to justify picking up on its own, even if you aren't familiar with the manga or TV series proper. Discotek has already confirmed a Blu-ray, and I have little doubt it'll be an adorable demo disc, if nothing else.

It feels... odd that we're getting the first movie announced but not the TV series, doesn't it? 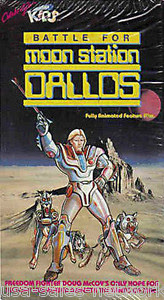 * Mamoru Oshii's DALLOS/ダロス is typically considered the very first OVA series ever made, and even had an English dub made back in the late 1980s, yet it hasn't seen a US release since the VHS days for one reason or another.

I've always been curious to see this early piece of Oshii's animated history, and an officially subtitled DVD sounds like a decent place to do it. Sadly, I don't think this has ever been remastered, so much like Discotek's CRYING FREEMAN and MAD BULL 34 DVDs, it'll probably look about as good as the old analog materials will allow it to. 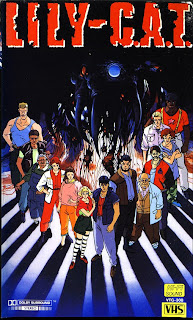 * LILY-C.A.T. couldn't be any more 1980s if it had A Flock of Seagulls haircut and a neon green keytaur and a "Where's The Beef?" t-shirt. Combining ALIEN/S, TERMINATOR and THE THING into a claustrophobic horror one-shot OVA about - SPOILER ALERT, highlight to find out...

Still, I'd hesitate to call anything that Streamline picked up back in the day outright bad - that was more Central Park Media's thing at the time - and only being familiar with this monstrosity's infamy I'd be lying if I said I wasn't curious to an almost painful degree. Every year Discotek seems to get closer to closing the door on the Streamline catalog, and if this brings up one step closer to finally having a proper Vampire Hunter D release, or even those bizarre "Tales of the Wolf" episodes of Lupin III, I'll buy two. 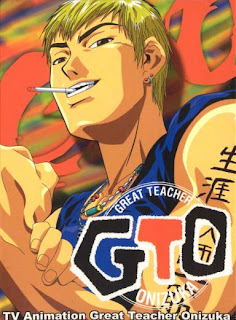 * G.T.O - GREAT TEACHER ONIZUKA/グレート・ティーチャー・オニヅカ feels to me like it came out a lifetime ago now, but any show that has a punk kid grow up to become a combination of Robin Williams from Dead Poets Society and James Dean in pretty much goddamn anything can't be all bad... especially not when he cracks jokes about Doraemon out one side of his mouth and Kenshiro out the other.

This was released by Tokyopop about a decade ago as singles first, then a pair of box sets, and has laid dormant since.  Not a title I'd have expected to see re-released in 2013, but not one I'm going to grumble about either. 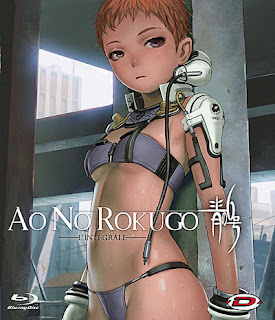 * BLUE SUBMARINE NO. 6/青の6号 is getting a Blu-ray release to mirror the JP BOX that came out a year or two ago. I've confirmed with Discotek that we'll be getting the same Q-TEC upscale as the Japanese set, which is pretty "meh" as far as these things go, having an unnaturally filtered look to it not unlike FLCL.

Sadly, as a fellow video nerd friend of mine pointed out, odds are a Gonzo produced OVA series from 15 years probably wouldn't look very good at 1080p no matter what upscaling method was used, so while the bizarre smeared edges and ringing artifacts aren't ideal, it's not like we got it instead of anything perfect. It is what it is and odds are even a "better" upscale wouldn't please everyone, though that doesn't make Q-TEC's reliance on warp-sharpening style filters any less... weird.


A shame Discotek never hosts any convention panels or appears on podcasts or anything like that; the titles they announce through the magic of Facebook are some of the biggest legitimate surprises in what little remains of the US home video market, and every time they announce a list of new titles it's like stumbling across a cache of forgotten Christmas presents. Sure, some of them are socks or something else that isn't the best thing ever, but it's all cool stuff, and you don't really expect or demand any on it... it's just awesome when it happens.

Keep it up, Discotek. Do more Blu-ray releases, but otherwise stay the damn course.
at 6:02 PM

There was a recent DVDrip put up for Dallos, and it looks remastered to me. At least, it looks like a scaled down HD transfer with sharp line art and good colors.

I believe all of the Nagai shows were fully subbed, in one way or another.

Interesting. The only DALLOS DVD I know of was a Bandai Visual disc from 2004, which I thought was based on old analog materials... but then again, I've never seen it first hand. Bandai was always pretty good about doing new film transfers, so why I've always thought that, I honestly can't say.

In any case, I really hope the DVD disc features the incredible Prog-Rock looking Cyber Dog Skeleton from the import LDs. That thing is incredibly awesome.

Unfortunately, I haven't found a "real" fansub for MAZINGER Z past episode 5. Everything else is crumby Chinglish nonsense from HK Bootlegs made about a decade ago, and they are *NOT* pretty. I had the Mazinger Z Movie set, and one of the best typos was a curse where Dr. Hell shouts "SHIRT!" instead of 'Shit'.

I'm especially curious to see if Dallos's DVD is released with its old, wonky dub from its Celebrity Home Entertainment VHS release. From what I understand, it was edited to shreds upon release, but I've heard clips of it and certainly sounds like one of those made-in-Hong Kong Omni Productions dubs. If that's the case, then--like their dub Macross: DYRL--they might have dubbed the thing in its entirety, with Celebrity Home Entertainment making the edits themselves down the road.

And as far as hilarious Mazinger bootleg subs go, Boss's "SHIT! WHAT STUPID YOU SAID!" takes the cake.

Discotek have effectively taken a vacuum cleaner to my bank account.

Even though I own the BD-only Bandai release, I think I'll pick up Discotek's Jin-Roh just for the sake of support if I can get it ~$20. I definitely wanna see more Blu-rays by these guys.

What do you think are the chances of Discotek releasing the various gegege no kitaro serieses.

Discotek seems like my best chance of getting the various kitaro shows,movies,and 80s live action movies.