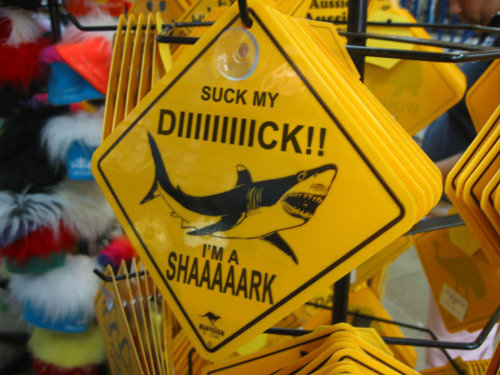 My response to the following, summarized.

This set was to release on Tuesday, August 6, but Shout Factory has pushed back that date to September 17. The company had to recall the set due to a labeling error on two of the discs. If you got an early copy of the set, I understand that Shout will replace the mislabeled discs for you if you contact them.

Also, there was some question as to the quality of the source material used for the Blu-rays. I spoke with a company representative on Thursday about the masters used for this set and was assured the original content provided by Fortune Star Entertainment was the best available and the same used for the Bruce Lee Blu's released a few years ago in Hong Kong. Unfortunately, we may never get the beautifully restored, pristine versions of Lee's Hong Kong films that his legacy deserves. The master reels simply haven't been properly archived and preserved.

I understand that John Ary's just toting the bullshit he's been fed on a website that's given positive reviews of shitty upscales before, but the fact that anyone thinks the multitude of available screenshots for THE BIG BOSS, FIST OF FURY and WAY OF THE DRAGON are anything but upsampled SD masters makes me want to kick things and howl like a maniac. Even if they were objectively stating that they didn't think it looked that bad I'd be less ready to put my fist through a window, but the bold, bullshit claim that it's not only "the best available" but "the same [masters] released a few years ago in Hong Kong" - well, that's a blatant lie. Love or loathe those transfers all you like, but they are not the same thing released in Hong Kong - they're not even close.

In short: Fuck Fortune Star for having sent shitty upscales in the first place, Fuck Shout Factory for not having caught it despite knowing that Fortune Star is notoriously full of not giving two shits about their own product, Fuck Fotokem for not doing the sensible thing and stealing the actual BD encodes off the Japanese box set*, and Double Fuck Cliff MacMillan for lying to our faces about the whole thing. Pretty much fuck everybody on this one - with the exception of "Old Pang Yau", who's contributions would have otherwise made this the single most comprehensive presentation of these films ever released. C'mon, I'm angry, not inhuman.

These movies have a long, convoluted and somewhat suicide-inducing history on home video, and there is no reason, no reason at all that this SHOULDN'T be the last release any sane human being would ever need... and yet, here we are seeing mother fucking Ain't It Cool News confirming that "there's nothing to see here, move along people". 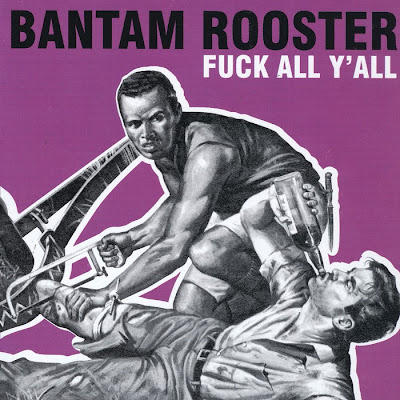 Or, to quote Bantam Rooster...

Oh, what's that? Ripping an existing Blu-ray would be a breach of contract due to using unauthorized materials? Well Fortune Star already beat you to it, and more importantly if they claim they did send you the HD masters, they'd have no recourse to try and sue you if you used actual HD content.

And yes, sadly the Blu-ray transfers themselves would be 8-bit/4:2:0 and have some level of compression artifacts. But we're talking about recompressing a BD encode for BD - the loss from one generation to another would be pretty minimal, and you can bet your ass the compression issues would be a drop in the bucket compared to the pile of lukewarm NTSC butthole we've actually been handed.

Shout Factory usually does good to excellent work, and I'm going to continue to support them when they earn it. It's just a shame this ridiculous incident has taught us we can't always assume they've got this shit covered.
at 11:07 PM

It seems Shout was fucked and can't or won't afford to do the whole thing AGAIN - one may guess that involves spending money again which nobody will pay them back.

so lying and lying will go on. and Fortune Star laughing their asses off.

i can understand SHOUT's statements, but they're not acceptable. should be like hundreds of one-star-ratings on amazon.com. this DOES work in Germany when Forum Folks hate a Release, i can assure you of that.

You can only hurt a crap release where it hurts - where the money flows. and that would be online stores like amazon.

Well damn. People just can't seem to call it like it is; perhaps we'd see less BS being released if they would.

Ripping the overseas Blu-rays certainly would have been the way to go. That Cliff would be trying to say, "It's HD! They told us so!" is really lousy and makes me respect Shout a bit less. I haven't even seen many Lee flicks—actually, Enter the Dragon may be the only I've seen in full—and would have bought this set had it looked as good as the existing BDs. What a crock, crying shame, POS, rabble rabble.


On a less lousy note of bullshittery, I got the UK Cowboy Bebop BD, vol. 1, and it's interlaced. Apparently the Japanese BDs are as well, which makes no kinds of sense for such a prestigious, well-revered show.

There's also an encoding error on a few frames where there's these huge gray glitches on the entire 1920x1080 image. I guess Anime Limited are fixing this for future pressings and will be handing out replacement discs for those who want 'em; wonder if they'll give me one being in the USA.

Doubtful the replacement will be region-free, though. Apparently that was an error (or "error") for an initial run; I was surprised to find the discs work in my PS3. Too bad the replacement and vol. 2 will likely be Region B, forcing me to hook the computer to the TV or make 1:1 all-region copies.

Actually Kriztoffer, I'm pretty sure Bebop has always been interlaced due to whatever analog master that many of those standard definition special effects shots were kept on.

Except for the ED credits the remastered JP DVDs were all progressive (at least the 1st disc, didn't bother checking the rest), including the CG parts. For some reason the credits were interlaced, even though they were paged and not scrolling. It seems like it would have been easy enough to convert this to 24fps progressive, but they didn't for whatever reason.

I suppose it's possible there are some 30fps CG parts somewhere, but all the parts I checked were 24fps and looked like they had been printed to film instead of being edited into the video master.

Thanks for the word, Leo. As I watched more, I realized I was mostly seeing interlacing issues with the CG effects. The hyperspace beams look dreadful, but there was one shot where it looked like the beams were hand-painted and thus unaffected by the severe interlacing. It's a shame, but with a show from 1998, I guess it's to be expected.

Shout didn't have to put out what they were given. If they had a reasonable contract that stated they needed usable materials this all could have been avoided. You'd expect a professional company to act professionally about such things but apparently not Shout. They're just laughing to the bank along with Fortune Star, despite how much of a good or bad guy Cliff may be.

The fact of the matter is I don't pre-order any DVDs or Blu-rays any more. Corporations have to prove to me they can produce something worth their asking price.