How Hard Did Viz Screw Up The Original SAILOR MOON? 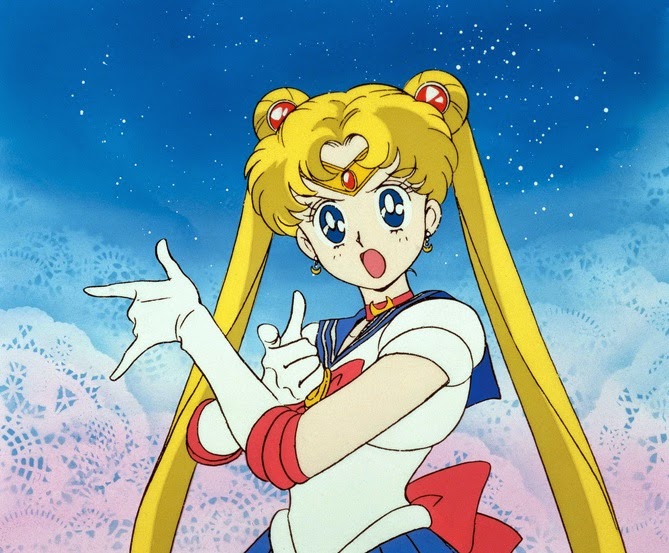 Hard enough that the upcoming Japanese re-run of the original 1994 TV series are going to be from Toei's own HD Remaster. To the best of my knowledge Toei hasn't done an HD master for a vintage TV show since the Dragon Ball Kai project, and have been content to release legitimate classics like Slam Dunk and Saint Seiya on hastily upscaled Blu-ray, so this really is a surprise. Not to mention hopefully a sign of things to come, but I refuse to get my hopes up, since I have a sneaking suspicion that this was largely done at the behest of a certain international licensor who's had egg on their face for some time now over this particular series...

The fact that Viz has only ruined released the first 40 episodes of the original series fucked upscaled means that there's now a very real possibility that North America will get their hands on this same HD master, as well. They'll have to eat a big ol' pile of crow in the process, and probably have to spin their lies about the original film elements no longer existing like a goddamn PR centrifuge, but the potential for schadenfreude here could be so delectable that even people who don't care about the video quality could find something to love.

To every fan who called bullshit, to ANN's interview where Zac tried so hard to let them admit fault it hurt, and to every fan who was willing to support this show no matter what happens: Thank you. This existing gives Mrs. Kentai hope, and that's worth its weight in any precious metal you like.
at 9:03 AM

Honestly, this is so great. At least now, those stuck up complacent snobs who chortle at videophiles who know for a damn fact that Viz's release of show is an upscaled mess founded complete lies can be shut up when there's now proof that a proper HD remaster exists and could potentially blow Viz's version out of the water.

I mean, I know, this is Toei after all, and their track record of preserving and remastering older film materials isn't great, but now at least we have cold hard proof that the "original film masters were thrown out" is complete bullshit.

Leo: I'm very happy that both Mrs. Kentai and several of her friends who have far more emotional investment in this franchise than I fully grasp can finally, potentially have a "perfect" release.

I'm also glad to see this happening for such a long-running title from one of the studios in Japan sitting on a massive library of beloved, high-quality vintage content. I don't assume we'll see many more projects like this without an anniversary of somekind popping up, but who knows - DRAGON BALL will be 30 years old in a year, so if this does well...

But I'm not going to lie: Viz was so full of shit on this entire process that the schadenfreude alone made my fucking week.

That said, I'm not certain what to expect from Toei here. While they got off to a shitty start with the GALAXY EXPRESS movie - which remains a text book perfect example of how to not responsibly use DVNR! - everything else I've seen them pull from 35mm films looks substantially less shite. (Damn, even ADIEU GE999 was pretty watchable by comparison.) I don't have the discs themselves, but the 1080p screenshots of their SAINT SEIYA movie box set was nothing short of impressive.

The HD release of DRAGON BALL KAI was hit pretty hard with both DVNR and low-pass filtering, giving the whole thing a fairly blurred appearance - especially in comparison to FUNimation's comparatively gritty "Level" sets - but Kai is something of a special snowflake, considering massive chunks of the show were re-animated from scratch, and film grain may have been seen as an obvious "defect" alongside the new footage.

That's not to say I expect Toei's HD remaster of SAILOR MOON will be flawless. Just that I think we don't really have a good baseline for what to expect, since them restoring a vintage TV series this way - particularly if my theory on this being done largely at the behest of international interest - is something of an entirely new trick from this old pooch.

With any luck, it means they're finally realizing they could make a fortune releasing HD versions of HOKUTO NO KEN in Italy, if nowhere else. C'mon Toei, the HD masters are right fuck'n there.

Largely unrelated, but geez, I just remembered that CASSHERN is on BD. How the fuck have I not picked that up yet? I'd love to sink my teeth into that GATCHAMAN box too, but holy crap, there's no way I'd watch more than a dozen episodes before I lost focus and forgot I owned it. Still, the MSRP is probably worth it for those sexy Umetsu-designed OVAs alone...

DBKAI, if I recall, had most of its upscale work done by Q-TEC, who have an infamous track record when it comes to blurry smeared upscales. This was done when Kai was was planned to end at the Cell arc.

The currently airing Buu arc on the other hand, is being done by Toei themselves (or so I've heard) and looks absolutely unwatchable. Almost no color correction was done so now all the yellow-green tinted color degradation you get with Fuji TV film stock is made more apparent, skies are aqua instead of blue, and skin tones are completely off. All with some heinous DVNR to boot. Supposedly there's an international version concurrently airing that looks slightly better, but I haven't seen it. Also, unlike the previous arcs that were remastered in 4:3, Toei is pulling a Funimation and will only be releasing the Buu Kai in cropped 16:9 on DVD/Bluray.

Also, didn't Hokuto no Ken's HD remaster contain some obvious DVNR? I remember you posting about it ages ago, with the new set looking blurred, but with better color timing as a tradeoff.

Leo: I'm... not quite sure what to make of Q-TEC's involvement. None of DBKAI should have been "upscaled" as it's a combination of what looks like raw 35mm scans and all new digital animation, rather than any prior video masters being upsampled. Granted I only watched a handful of episodes before realizing it wasn't for me, so did something hilariously terrible happen midway through I'm not aware of?

I had half-forgotten that the Majin Boo arc was getting a "sequel" made out of it, seemingly at international request. It may be fun to look into the difference in the transfer quality, if nothing else. If I had to guess I'd say that post-cell DBKAI is being made from the vaulted IPs rather than the OCN, which was probably made on crappier stock than the negatives.

As for HOKUTO NO KEN HD, there's absolutely some DVNR, but again, the "SD" DVD masters were presumably taken from vaulted positive elements, while the HD transfer were taken from higher quality, less grainy sources. Particularly since both are available only on DVD, where sharpening/lowpass filtering can impact how much grain is visible, it's hard to say how good those HD masters really look.

Some older HD masters - UTENA and NADESICO spring to mind - were friggin' revolutionary on DVD, but actually looked pretty "meh" when seen at their full 1080 resolution. As such, I don't want to guess how good or bad Hokuto no Ken looks in HD. I just want to see it in HD, damn it!

You can forget about this too ya know. It's a fooking upscale -
http://www.fandompost.com/oldforums/showthread.php?28305-list-of-upscales-on-JP-Blu-rays-for-cel-film-based-anime&p=302082#post302082