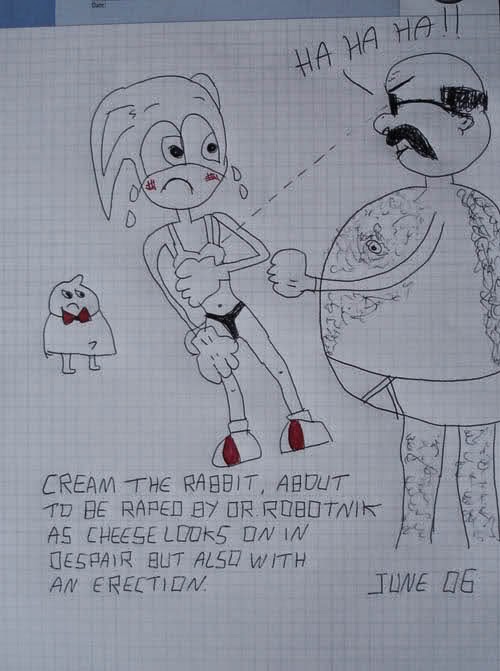 I seriously don't have the energy for this bullshit right now, so consider this a brief PSA:

* The Japanese import for A-KITE is an upscale. Like, entirely upscaled from the same shit composite master as the Media Blasters "Uncut" DVD, despite HD masters existing for about 90% of it. They also watermarked the pillarbox bars and even blurred out various jokes in the background of the animation because FUCK YOU, THAT'S WHY.

This is the first order for a Blu-ray I've ever cancelled, and I can only thank Buster D for having taken a bullet on this one and sparing my credit card about $50. I'm hoping he'll post screencaps we can all point and laugh at, but I'm not eating that cost knowing it's a joke.

* The first episode of SAILOR MOON ('95 original series) HD broadcast is an upscale. Yeah, sure, it's a notably better upscale than the Viz Media failed attempt, but that means they've simply crammed 10 pounds of suck in a 5 pound bag this time around. Much like every other TV show that isn't Fist of the North Star, Toei doesn't care, and you can't throw enough money at them to convince them to.

Eat an entire bag of dicks, Toei. Preferably room temperature so they're nice and chewy.

* The just-released ESCAPE FROM NEW YORK: SPECIAL EDITION Blu-ray from Shout Factory is somehow softer than the HDCAM sourced MGM Blu-ray, despite being from the same exact film elements. The only reason it's "brighter" is because the contrast has been boosted, fucking up skin tones in the process, and there's supposedly telecine judder, which shouldn't even be a thing if the film was scanned, frame by frame, as opposed to given a real-time telecine.

We may have to revisit this when I can compare both side by side just to make sure the samples kicking around aren't totally borked, but in the meantime know that if you already own the MGM Special Edition DVD and the old Blu-ray, you're not missing much.

The saddest part here? This is literally all news to me because - *gasp!* - I've actually been working on a write-up for the last week and haven't had time to sift over other bullshit.

In short, fuck all y'all, home video industry. Now I remember why I waste all my money on games, comics and tiny statues. I'll have a "real" write-up done within the week to remind us that sometimes we can have nice things, but in the meantime just... don't fucking buy any of these things. Please, don't let this become the new normal. I'd rather the industry burn to cinders than see this somehow be acceptable.

Fuck this nonsense. I clearly need booze, a PS3 controller, a warmed sex toy and/or some candy that tastes of rice and nothing. I'll take any of the two.
at 11:52 PM

Yap. They don't give a dead moose's last shat.

Sorry I didn't let you know sooner (figured you would probably want it anyway) about the Kite upscale but glad you were able to cancel (what places will ship 18+ stuff internationally from Japan, anyway? Back when I lived in the US, Amazon JP still shipped it but I assume those days are long gone). Since it only cost me like 3500 yen and came with a newly drawn cover and a postcard with a nude shot of Sawa, it's almost worth it. I posted some screenshots in the FP thread, will be looking forward to your thoughts,

FFS. Upscale after upscale, it's like they even don't care anymore...

Buster: CDJapan still ships 18+ products out of the country, though you pay full retail and then the usual EMS shipping costs. Had this been about 3,500 yen for me (or a bit under $30) I may have kept the order just for the packaging, but after EMS it was just under $50. Not cheap enough for a train-wreck of that magnitude.

I've got caps of the US disc, so we'll all be able to point and laugh very soon.

Anonymous: Sadly, Japan hasn't cared about Blu-ray for "old" anime once they figured out that even middle of the road modern waifu bait bullshit still outsold legitimate classics. A-KITE has the somewhat legitimate excuse of being an OVA edited on analogue tape, but there was simply no excuse for SAILOR MOON to get the same treatment other than "Toei doesn't give two shits".

Big surprise there, huh? I can hardly wait for the inevitable FUTARI WA PRECURE box set with baked-in dot crawl!