PSA: KITE Is Uncut On Blu-ray in Japan 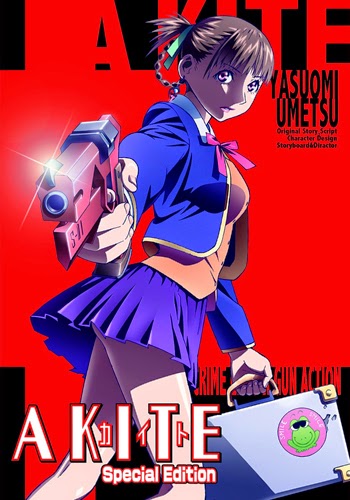 So. This is... unexpected. After a thoroughly frustrating Media Blasters Blu-ray release of A-KITE, it seems that Japanese distributors Green Bunny are crafting their own "Special Edition BLU-RAY" to coincide with the release of that bizarro live-action Samuel L. Jackson movie everyone thought would never happen. It's going to include a reversible cover, postcard and a making-of special for the live action film, if for some reason you're still interested after Jackson gave his hilarious interview talking about a graphic novel it's based on that doesn't even exist.

Here's the kicker, though: This "Special Edition" is listing the same 60 minute runtime as the "Uncut" Special Edition Japan DVD, and it's being handled exclusively in the 18+ category of all shops stocking it. In other words, the Japanese Blu-ray is - or at least it should be - the explicit, UNCUT version released in Japan before Umetsu worked with Media Blasters to make the "R-15" International version that haunts us to this day. Why they would release the explicit child-rape filled version to piggyback on the thoroughly Hollywood remake, I have no idea, but trust me, I am in no way complaining.

Yes, being a Japanese release it's going to be censored to avoid obscenity laws. That said, I've always been far more concerned with Sawa's face and body language in the infamous "lolicon" sequences, so while an annoyance by default, I can't say a pixelated version of this would be a deal breaker for anyone who 'gets' why the uncut version is the only one worth watching. And no, I personally don't give a fuck if Umetsu himself argues otherwise. (See "The Nerds v George Lucas" for further proof that Death Of The Author can be a good thing.)

Will the release be complete? Will be be partially - or even fully - upscaled? I... honestly have no fucking idea. But for the $50 it'll cost me to find out, it's a risk I find myself with no choice but to take. I'll let you all know as soon as I have it in my hot little hands, too.

Incidentally, another 18+ Blu-ray release for MEZZO FORTE is coming out later this month. You can see it bragging about "Renewed Mosaics" on the cover, suggesting that not only will be feature all the giant floppy dongs you know and love from Umetsu's early career, but that they'll have tighter and less-intrusive pixels than ever before. Nice. 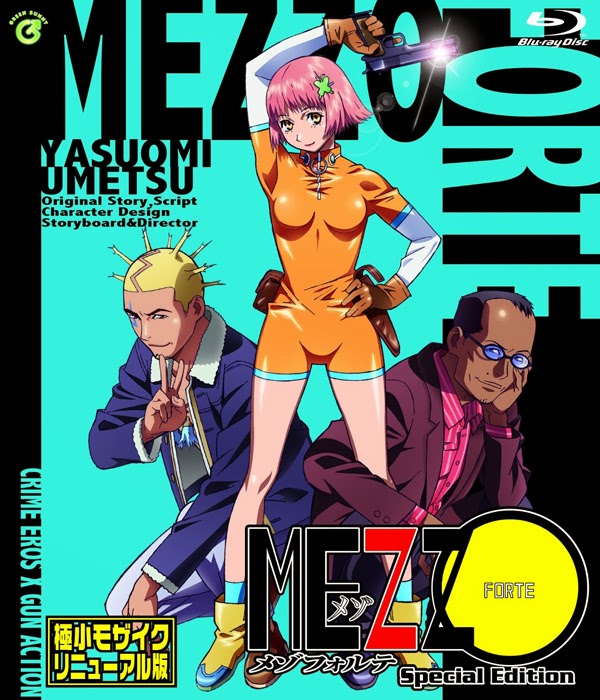 Frankly, I have no strong opinion on the "uncut" version of Mezzo Forte one way or the other. I like the random, well-animated and amusing-in-context hardcore inserts, but I admit they don't really add anything important to the character development or even world-building, as is sometimes the case. They are, like the gratuitous violence and meticulous animation, merely additional fetishism in a work that's already overflowing with it. They work with the rest of the OVA in a way they easily could have failed miserably to, but they aren't actually vital to it. Which is more than I can say for Sawa and Akai's relationship in Kite.

Labels: A-Kite, Blu-rya, Censorship, What is this? I don't even..., Yasuomi UMETSU

The recent live action KITE adaptation dropped all of the nudity and heavily sexuality of the Anime(since the Anime's controversial sexual angle doesn't fit well with U.S. filmmakers and viewers),yet made up for that missing factor with its gory violence(which anyone thought could never score an R rating,but yet did).

hope you like upscales! because that's what you'll be getting with the KITE Japanese BD.

This is, sadly, a risk I was willing to take.

The fucking JP BD is an upscale, ALL OF IT. Omg dude lol

not roboy, but gayboy: Consider this excitement stricken from the record, and replaced with the fury of a thousand suns.

Well at least you didn't piss away $50 bucks down the toilet, that would've been like SEVERELY worse than chuggling shit out of Michael Moore's asshole.